I wonder if you’re thinking of moles. Freckles themselves aren’t at risk of becoming cancerous, but some moles might be. There’s some overlap because the risk of getting skin cancer is higher in people with light skin that freckles easily, according to the National Council on Skin Cancer Prevention. But just because you’re at risk doesn’t mean you’ll get cancer.

How do I know if my moles are problematic?

Moles are skin growths, and some of them may have the potential to turn into skin cancer, specifically melanoma.

Moles can be raised or flat and the color is generally brown, black, or tan. There are particular patterns of change that are worrisome. If you haven’t heard of the ABCDE rule for melanoma, take a look at the American Cancer Society’s guide to the signs.

What are the risk factors?

Some people are at higher risk of melanoma, owing to:

How to prevent it?

People in their teens and twenties have the advantage of being able to focus on prevention instead of detection and treatment.

Sun exposure is a major, modifiable risk for melanoma. Limiting sun exposure reduces the risk of skin cancer. The American Cancer Society uses the catchphrase “Slip, slop, slap, and wrap” to help you remember some of the key steps you can take to protect yourself from UV rays:

If you have a birthmark, mole, or other-colored patch of skin that looked the same for years but has started to change in appearance, you should probably get it checked out by a knowledgeable health-care provider. 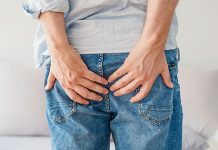 Ask the doc: “I have non-painful hemorrhoids. Is that normal?” 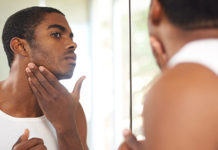 Ask the doc: “Is it normal for moles to appear a lot more when we age?”