icon-search icon-search
Home Overcome Behavior Change The pursuit of perfection: What is the cost of your high standards?

Rate this article and enter to win
It’s four in the morning, and you’re triple-checking the verb tense of a Spanish assignment. You don’t hand in a draft of your history paper because it’s too rough, even though you need your professor’s feedback. You skip studying for a big econ test because unless you can review for three full hours on two straight nights, it’s not worth it.

If this sort of behavior sounds familiar, you might be a perfectionist.

Perfectionism can hurt us

Perfectionism can be much more significant in your life than some other personality quirks are. Research has found that perfectionist tendencies can solidify and grow, leading to behavior patterns that decrease productivity and increase the risk of developing serious conditions, including including obsessive-compulsive disorder and other anxiety disorders, and depression.

Perfectionism can also help us excel

But perfectionism is unlike many other health issues. While no good ever comes of tobacco use or driving drunk, perfectionism often boosts performance. LeBron James shot thousands of free throws before he mastered the skill. Pianists toil for years before they are skilled enough to play at Carnegie Hall. Monet set his canvas in the same spot day after day to capture every impression of leaf and sun.

But when perfectionism becomes maladaptive—that is, when it hurts more than it helps—it can harm students’ academic performance and personal relationships.“Generally, it’s a red flag when perfectionist efforts seem to be making things worse instead of better,” says Dr. Jesse Crosby, a researcher at McLean Hospital in Belmont, Massachusetts (affiliated with Harvard Medical School), who studies perfectionism.

Joel B. of Binghamton University, New York, says he suffers from anxiety because of his perfectionist approach to grades: “As a result of the anxiety/depression, my grades suffered even more.”

Warning signs for maladaptive perfectionism include:

Are you a perfectionist?

Perfectionism can represent an emotional struggle. “Perfectionists have an emotional conviction that in order to be acceptable as a person they need to be perfect,” says Dr. Tom Greenspon, a psychologist and author of Moving Past Perfect (Free Spirit Publishing, 2012).

The origins of that struggle might be genetic, research suggests. In a 2012 study, identical twins rated much more similarly than fraternal twins for perfectionism and anxiety. But perfectionist tendencies, like other behaviors, are also shaped by our environment. You don’t “catch” perfectionism. Instead, your psyche, your lifestyle, and your surroundings help determine whether you gravitate toward it.

For example, a competitive academic atmosphere might prompt students to set unrealistic standards for their work. Mary,* a university student in British Columbia, says, “I am very hard on myself in general. I always have to get As. I was my high school Valedictorian.” Another trigger for perfectionist behavior is vague syllabi and assignments, which give students room to expect more from themselves than professors do.

Strategies to keep perfectionism under control

There’s more to perfectionism than your environment. Students, parents, and professors can use certain strategies to avoid the harmful effects of procrastination, says Dr. Crosby.

1 Chunk your projects
Professors can break large projects—such as a 30 page research papers—into smaller pieces to be submitted periodically. Ask your professors to consider this approach. For example:

Week 1: the topic and research questions. Week 2: an initial list of sources. Week 3: an outline. Week 4: a draft. Week 5: the final paper.

2 “Crack the door” on tasks
Completing even a small part of a project creates momentum and helps erode fears that a given task is too complex or difficult.

Professors can “crack the door” by collaborating with students on the first homework question, or by setting aside class time to help students structure a research strategy. Alternatively, make the first steps a collaboration with classmates.

3 Be flexible and prioritize
Take a flexible approach to reading assignments and other tasks. If you’re burning the midnight oil to take meticulous notes on an optional reading assignment, your standards may be too high.To cope with a heavy workload, Dr. Crosby says, you must prioritize. For example, when I was in law school, professors assigned hundreds of pages of heavy reading a week. I quickly decided that I would skip reading dissenting opinions—writings by judges that have no legal impact—and focus on the other stuff. Just like ER staff must stop the bleeding before they treat the headache, students can distinguish between tasks that need heavy attention and those that simply aren’t so important.

4 Remember that improvement, not total mastery, is the goal
“If something is on the syllabus, you’re not expected to know everything about it before you take the course or even afterwards”, says Dr. Crosby.

The pursuit of perfection

How to overcome perfectionism: AnxietyBC 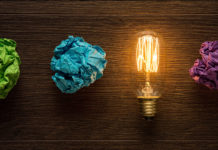 Suffering from a setback? How to take advantage of failure